Roy is a rare ring-tailed bandicoot of the species Bandicootus snootatootus.  Roy was found in a junkyard during a severe drought and brought to live with me in my bachelor pad.  He was incredibly skinny, about 6 months old, dehydrated and covered with fleas.  Roy soon discovered he liked tuna, dripping faucets, piles of laundry and sliding across hardwood floors into houseplants. At night we played chase around the fountain in the courtyard. 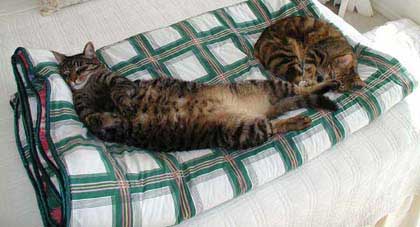 Buglet is a female bandicoot. They are much smaller than the males, about half the size.  Buglet only has three legs and hops around like a little rabbit. (One hind leg is underdeveloped and appears to be a birth defect.) Like all bandicoots, she doesn’t meow, but makes strange crying noises instead. She is very suspicious of people and likes to hide in dark places if she hears strange voices in the house. 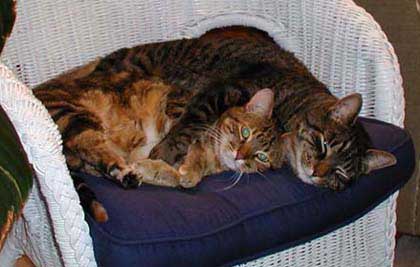 My wife Darlene spotted Buglet living under a dumpster behind a restaurant. It was very difficult to get Buglet home because she would run and hide if Darlene tried to come anywhere near her or the dumpster.  Darlene had to come at night after work and talk to the dumpster so that Buglet got used to her voice. She also brought cans of tuna as bait, which young bandicoots find irresistible. Still, It took Darlene about three weeks to get Buglet into the car, which was ok because Darlene had just moved to Atlanta and didn’t know anyone anyway. 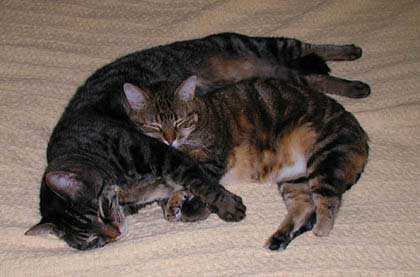 The first three months after Roy and I moved in with Darlene, Buglet hid
under the bed and refused to come out. She was terrified of the sound of my voice, and she hissed every time Roy went under to sniff her.  Then one day she decided she liked Roy.  We don’t know exactly what happened, but suddenly she started following Roy around, and it never has seemed to stop.  If she wakes up and he’s not there, she will hop through the house making her strange crying noises until she finds him.

Actually, my wife and I don’t even like each other. We had to get married because we couldn’t separate the bandicoots. 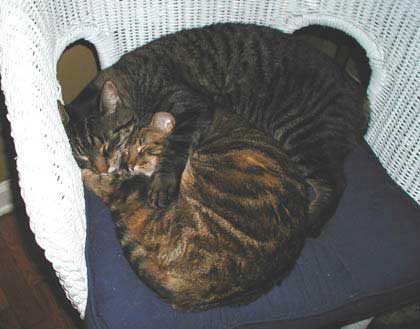 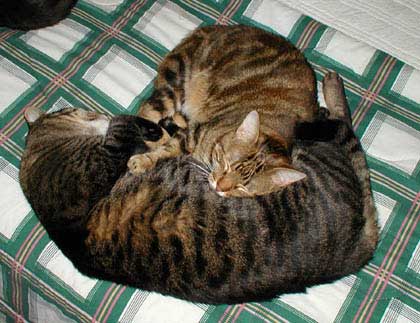 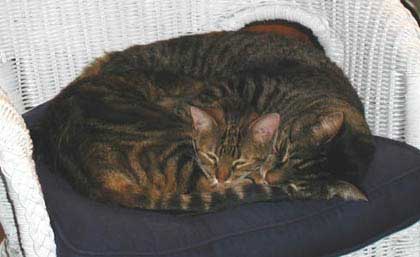 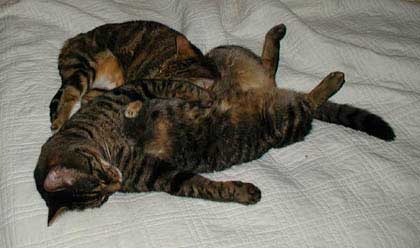 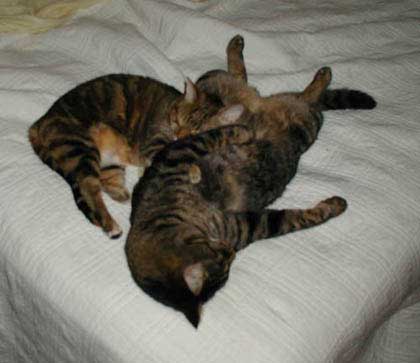 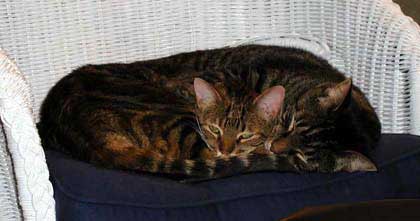 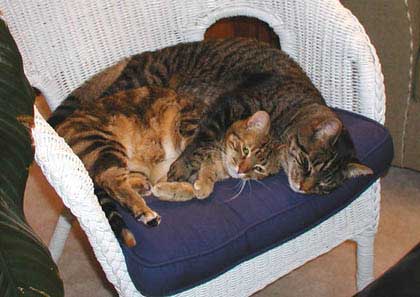 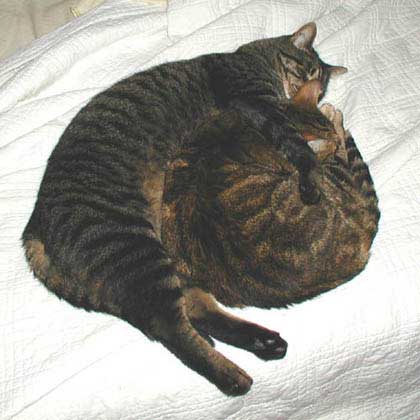 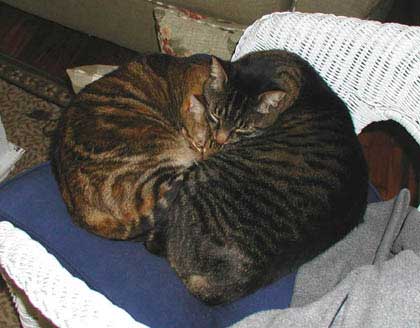 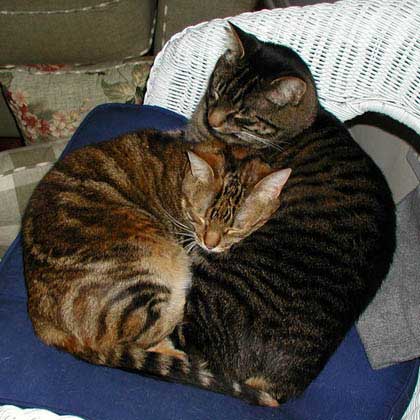 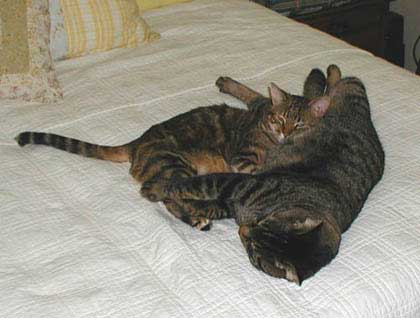 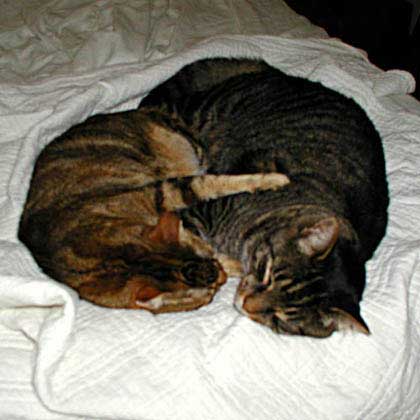 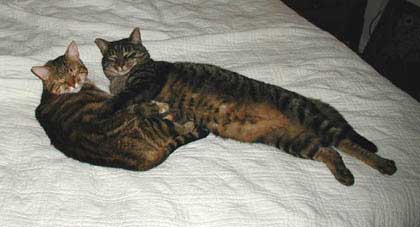